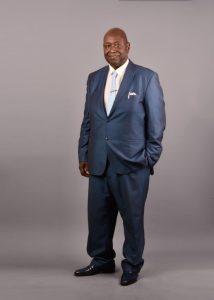 Born in London on 4th December 1951, at St Mary’s Hospital, Paddington UK, the medical practioner is married with children to Mrs Seri Solanke, nee Laguda many years ago.

Dr Solanke began his academic journey at St Jude’s Primary School Ebute Metta, and later enrolled with the popular
St Gregory’s College Ikoyi for the Secondary education, between 1964 and1968. He later left for Igbobi College, for his Advance Level (HSC) between 1969 and 1972 immediately after his OL.

His tertiary education commenced at the University of Ibadan where he secured admission for his First Degree (BSc) in Physiology in 1976. He returned to Lagos to pitch tent with the University of LAGOS (LUTH) for Master of Medicine and Master of Surgery from 1978-1983. He later travelled to London to obtain Diploma in Obstetrics & Gynaecology, University of London 1990-1991.

Returning to Nigeria, the devoted medical officer commenced his House Job at Massey Children Hospital. He later became a Medical officer, when fully employed by the State Government, at the General Hospital Lagos (1983 – 1984) and later posted to Island Maternity Hospital, on Lagos Island as Medical Officer.

After his retirement, the resilient Doctor Solanke went on to work privately as Medical Director at Gold Cross Hospital till 2019.

His achievements in the line of duty, among others, include an institution of Residency Programme
at Lagos Island Maternity Hospital, as well as production of Consultants at the same hospital till date.

Dr Solanke has indeed been of immense service to the people of Lagos State and will continue to do so in whatever capacity God grants him the opportunity.