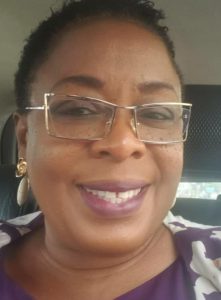 The Director, Admin & Human Resource of the Commission is Mrs. Adio Olatokunbo, a GL16 officer, who hails from Ogun State of Nigeria.

Born at Ijebu Ode, into a Christian family, Mrs. Adio is a married woman whose academic journey began in Oyo State at Abadina Primary School, Ibadan for the necessary First School Leaving Certificate. She later proceeded to Baptist High school, Iwo, Oyo state, for her secondary education, before enrolling with the University of Lagos for a Degree program in Agric Extension Services (BSc.)

She later went in for a Master Degree in Public Administration (MPA) at Unilag before travelling out of the Country to the UK, to obtain a Masters of Science (MSc.) in Health Management at the Coventry University, United Kingdom.
Her memberships of Professional Associations include; Fellow, Royal Society and Chartered Institute of Personnel Management.

She joined the Lagos State Civil Service in December 1995 and has had postings to various MDAs that include; General Hospital (LASUTH);1995-2005, Civil Service Commission;2005-2007, Ministry of Transportation; 2007-2009 as well as Lagos State University Teaching Hospital(LASUTH) between 2011 and 2020 serving in different positions. She was posted from LASUTH to the State Health Service Commission, November 2020.