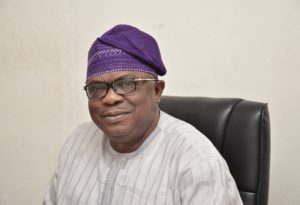 Pharmacist Otunba Oluseun Osikoya is a Pharmacist per excellence with over two decades of professional experience and exposure within and outside the country.

He was admitted into the University of Ibadan where he to study Pharmacy between 1980 and 1985 as one of the pioneer students and was elected as President of the Pharmaceutical Association of Nigerian Students for his duration in school.

His outstanding performance led to his being a part of the faculty representatives which led to the successful accreditation of the Pharmacy faculty.

His managerial skills prompted his secondment as a registration officer for Social Democratic Party (SDP) exercise Oshodi Local Government for registration of party members during the 2 party system registration by the Babaginda Administration.

In 1995, he moved to the United States of America where he studied vigorously and passed the American Pharmacy Board Exams (FGEC). He was employed as a Staff Pharmacist at Methodist Health Care System and moved to Tennet Health Care System afterwards as the Pharmacist-in-Charge of St. Francis Hospital, USA. He trained and supervised Pharmacists, Pharmacy Technicians, Students, and Interns in different areas of Pharmacy. He contributed immensely to the upgrade of the intravenous Preparation room to meet 797 specification. He is an expert in preparing chemotherapy IV drugs, Total Parental Nutrition and Preparations. He has attended many International seminars, conferences and workshops on Pharmacy.

He is a member of America Pharmacy Association, a distinguished Rotarian and a Paul Harris Fellow. Due to his Philanthropic gestures and contribution to mankind, he is the Otunba Basegun of Ibefun Land and Otunba Ileladewa of Ilaporo in Ijebu land.