Speaking while welcoming an eight-man delegate of the newly inaugurated Nigerian Medical Association Executives, Lagos Chapter, Dr. Aderiye expressed concern over recent reports on practices by medical doctors that are inimical to professional conduct during some elections.

He said “Lagos State, has the largest medical workforce nationwide, hence, I must commend the peaceful electoral process that ushered in your administration. In comparison with reports from other States, yours was devoid of rancour and dispute in line with your medical ethics. I, therefore, implore you to, at all times, continue to exhibit the character that will enhance your professionalism because people are watching you for good behaviour”.

While highlighting some expectations from the new NMA Executives, the Chairman called for healthcare focus on social responsibility, saying “There is a need for the NMA to foster growth by displaying Corporate Social Responsibility in the form of medical intervention towards the needs of the Public amidst a society with expanding healthcare demands”.

“You must learn to put on many caps as leaders by bracing up for different challenges. This calls for proactive efforts at incorporating both the new normal and old normal routines within the healthcare industry in order to form a unique method that is devoid of strikes and disagreements”, he counselled.

Eniayewun reiterated that “As doctors, we are intellectuals. Hence, resolutions should be sought on difficult issues at all times. We should bear in mind that once life is lost during a strike, it can never be regained. Thus, all resolutions should be bereft of confrontation as the general public that cannot afford alternative healthcare services bear the brunt”.

In his remarks, the NMA Chairman, Lagos Chapter, Dr. Adetunji Adenekan, thanked the Commission for the warm welcome, adding that the visit was a familiarisation tour and an opportunity to solicit for the regularisation of members’ career progression and residency of medical officers.

Adenekan also pointed out the averred need for General Hospitals in each of the 57 Local Governments and Local Council Development Areas across the State to address the expanding medical demands of the general public.

On the rancour-free electoral process which ushered in the new administration, Adenekan attributed the success story to the e-voting process adopted, the Commission’s guidance and high participation of medical personnel in the exercise despite the ravaging pandemic.

The Chairman, however, promised to rid the profession of mediocrity, while calling for the continued support of the Lagos State Government, through the HealthCommission, for a successful tenure of the new NMA administration. 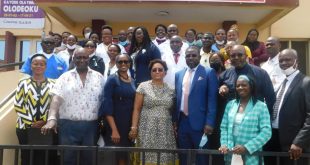 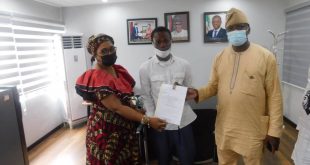